Are you addicted to mobile gaming?

According to the newest version of the International Classification of Disease (ICD-11), released in 2018, “Internet Gaming Addiction” has been officially classified as a psychiatric illness. What researchers previously viewed as “internet addiction” has largely become recognized as “internet gaming addiction,” with the subcategory of “mobile gaming addiction” being seen as especially worthy of further study and as an area of concern among educators and parents, especially since the 2016 craze for the mobile game “Pokémon.”

A research team led by Dr. Yu-Hsuan Lin of Taiwan’s National Health Research Institutes (NHRI) has developed what is believed to be the world’s first questionnaire to evaluate problematic mobile gaming, the Problematic Mobile Gaming Questionnaire. The questionnaire has two versions: one with 12 items and a shortened one with 4 items. It allows people to self-evaluate their mobile gaming use within the past 3 months. The research team’s results show that a score of 10 or above on the shortened version of the questionnaire indicates a high likelihood of problematic mobile gaming. These results were published in a peer-reviewed international academic journal, Cyberpsychology Behavior and Social Networking, in October 2019.

The research team sampled 10755 students from grades 4 to 12 nationwide. A total of 113 of these students underwent a rigorous diagnostic interview with a psychiatrist or a clinical psychologist to confirm the questionnaire’s diagnostic validity and accuracy. The results showed that students with problematic mobile gaming had significantly longer mobile gaming time, along with increased monetary spending associated with mobile games. Increased willingness toward in-game monetary spending was shown to be increased by 21.4% in elementary school students, 36.3% in junior high school students, and 42.2% in senior high school students. How problematic mobile gaming affects other areas of health, including visual acuity and other physiological aspects, will require further investigation.

Whether a user has mobile gaming addiction requires determining more than just gaming time. Users also need to display signs of “classical” behavioral addiction, such as “negative consequences from overuse,” “tolerance,” and “withdrawal.”

Dr. Lin suggests that the public can use the questionnaire to screen for people at risk from problematic mobile gaming. This could be used in conjunction with the mobile app “Know Addiction,” also developed by Dr. Lin, to track mobile phone use patterns and build better smartphone-use habits.

The free Mandarin-language app is available for Android phones at https://play.google.com/store/apps/details?id=com.pin2wall.knowaddiction

If you would like to use our questionnaires in our research, please send us an application by filling out the application form. 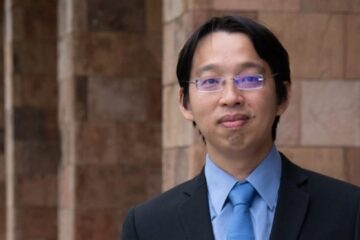 Congratulations to Dr. Yu-Hsuan Lin on Promotion to Associate Investigator/Attending Physician at NHRI

Since April 2021, Dr. Yu-Hsuan Lin has been promoted to Associate Investigator/Attending Physician at the Institute of Population Health Sciences at National Health Research Institutes.

Internet Addiction Research – Which questionnaire should be used？

If you are interested in using a questionnaire to research internet addiction, you may approach your investigation from a “software” or “hardware” point of view to choose your questionnaire. If you would like to Read more…

Does using a smartphone before bed affect sleep patterns?